Skip to content
Homepage / Child / The Donkey | Folklore and Legend

Once upon a time a farmer was leading his donkey to the farmer’s garden. On the way, the donkey fell into a well that had not been used for a long time, aka an old well. The farmer was confused what to do. 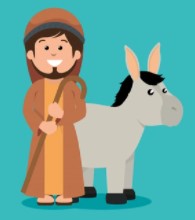 Finally, he came up with a brilliant idea. He invited his neighbors to come to his aid. He told his neighbors to fill the old well because it was no longer used and dangerous, he said. one of the neighbors asked how about the donkey. There’s nothing wrong with just a sheet of soil into the well. Although some of his neighbors did not agree, they continued to fill the well with soil. They brought shovels and started shoveling soil into the well. they think that the animal is old and the well also needs to be filled (closed – because it is dangerous); so it’s useless to help the donkey.

At first, when the donkey realized what was going on, he wept in horror and the people felt sorry for him. But all then, everyone was amazed, for the donkey grew still and went higher and higher towards the edge of the well. After a few more shovels of earth were poured into the well, they looked into the well and were astonished at what they saw.

Despite the constant shoveling of dirt and shovels on his back, the donkey did something amazing. He shook his body so that the ground that hit his back fell down, then climbed the ground. While the farmer’s neighbors kept pouring dirt on the animal’s back, the donkey kept shaking and stepping up. Immediately, everyone was blown away when the donkey jumped over the edge of the well and ran away!

It turned out that the farmer’s idea was thought to be very inhumane but he had his own trick to get the donkey out of the well, and at the same time fill the well which was already old.

The beauty of sharing